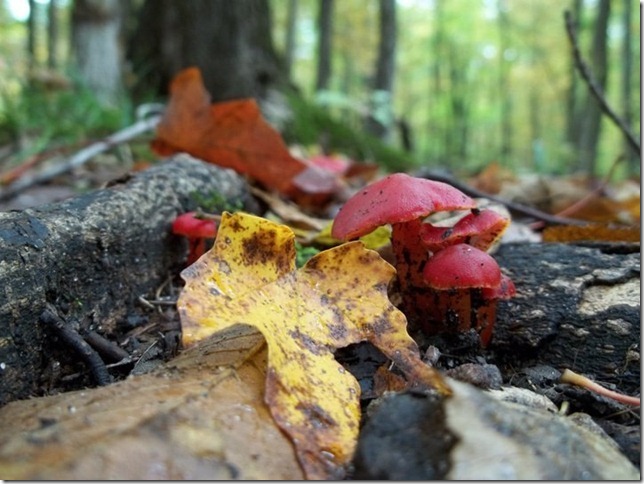 I’ve done a few posts on the South March Highlands now, so it might surprise you to hear that less than a year ago I didn’t know this place of amazing biodiversity, geographical and cultural significance existed in Ottawa.

The Coalition to Protect the South March Highlands is giving people a chance to learn more about what makes the South March Highlands so special. Along with A Circle of All Nations and All Saints High School, they’re holding a public information session on Tuesday, May 3 from 6:30 to 8:30 in All Saints High School Atrium, 5115 Kanata Avenue. There’s also a pre-event slideshow at 6:10 pm. The event is open to all ages.

According to the Coalition, the South March Highlands was one the top ten stories in the Ottawa Citizen in 2010. They ask “What makes this forest, these rocks, that water so unique and special that it warrants headline attention that reverberates across the National Capital region and well beyond, causing warriors of peace to tend a sacred fire at the Beaver Pond and at Queen’s Park in -30 weather?”

Special guests include Grandfather William Commanda, founder of A Circle of All Nations and an officer of the Order of Canada, holder of the keys to Ottawa, caretaker of three Wampum Belts and emissary of peace who has presented awards with or to the Dalai Llama and Nelson Mandela and who has spoken out about the South March Highlands.

The South March Highlands is home to at least 679 species, including 20 at risk. It’s been rated as a Provincially Significant Area of Natural and Scientific Interest for life sciences and wetlands, has evidence of ancient sites, and is considered sacred by aboriginal people. But less than half of it is protected from development. Come find out what’s at stake.