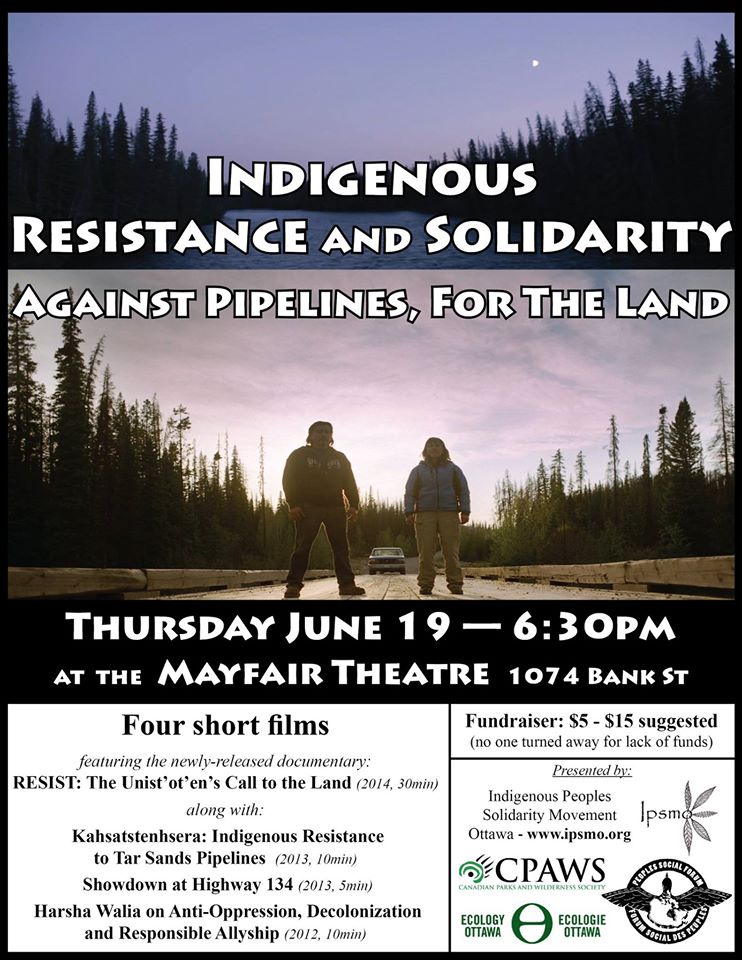 On Thursday, June 19, 2014, the Indigenous Peoples Solidarity Movement Ottawa with Ecology Ottawa, the Peoples Social Forum, Council of Canadians, and Canadian Parks and Wilderness Society-Ottawa Valley are hosting Indigenous Resistance & Solidarity: Against Pipelines, For the Land. The evening of short films, at the Mayfair Theatre, starts at 6:30 p.m. with an opening by Albert Dumont. There’s a gathering afterwards from 8:45-10 p.m. at Southminster United Church (15 Aylmer at Bank).

A group of people have been walking from Cacouna and Kanehsatà/:ke in Quebec to Ottawa to draw attention to the routes of proposed pipelines (TransCanada’s Energy East and Enbridge Line 9). A Walk for Mother Earth is expected to arrive on Parliament Hill on Sunday, June 22 at 2:00 p.m. Check http://www.peuplespourlaterremere.ca/ or https://www.facebook.com/events/494489877349717/ for more information.