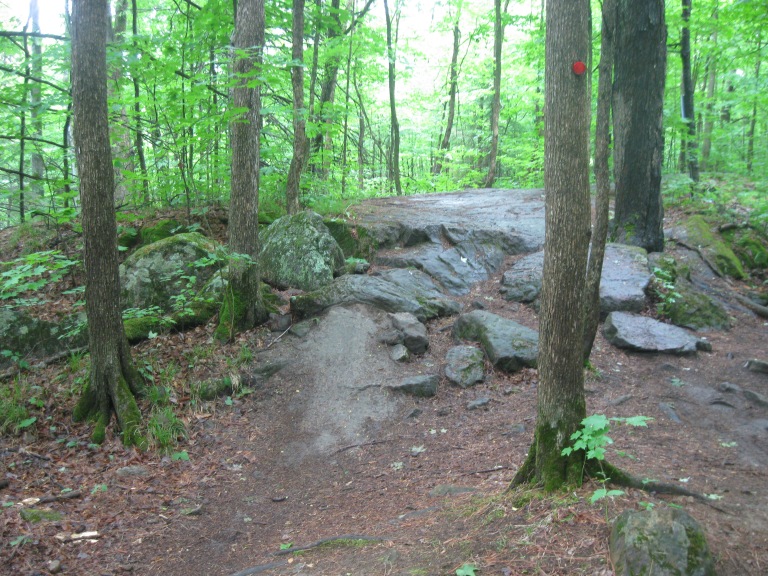 The South March Highlands is a unique area in Ottawa. It’s not well known, yet the forests, wetlands and rocky Canadian Shield within it are ecologically, geologically and culturally significant.

Home to more than 800 species, including at least 20 at risk, the Highlands contain some of Ottawa’s densest biodiversity. They also serve as important “green infrastructure”—storing and filtering water, cleaning the air, moderating climate and temperature, providing eco-corridors for species to survive, and offering trails for walkers and bikers, for example.

The Highlands are not protected, though.

Outside the city’s South March Highlands Conservation Forest, much of the rest is slated for development, which has been encroaching on the Highlands for years. Recently, developer KNL has applied to the Ontario Ministry of Natural Resources to destroy up to 120 Butternut trees, as well as Blandings Turtles and Least Bitterns–all species at risk–and their habitats, which are protected under legislation.

What can you do to help protect the South March Highlands?

Paul Renaud, a field naturalist and long-time advocate for the Highlands, has some recommendations:

* Ask the City of Ottawa to include all of the South March Highlands in its Urban Forest Management Plan. Several areas including Trillium Woods and other forest and wetlands are being left out, says Paul. You can write to Mayor Jim Watson (jim.watson@ottawa.ca), City Councillor and Environment Committee Chair David Chernushenko (david.chernushenko@ottawa.ca), and urban forester Martha Copestake (martha.copestake@ottawa.ca). Find more information here.

* Comment by February 17, 2016 on KNL’s application to adversely affect several species at risk and their habitats in the South March Highlands. You can write or submit comments online at http://www.ebr.gov.on.ca/ERS-WEB-External/displaynoticecontent.do?noticeId=MTI3MTcw&statusId=MTkyMDg1&language=en.

* Contact Canada’s Minister of Environment and Climate Change, Catherine McKenna (Catherine.McKenna@parl.gc.ca), and ask her to get the National Capital Commission to declare the entire South March Highlands a National Interest Land Mass that can no longer be developed. (If you post your message to UnpublishedOttawa.com, too, more people will see it.)

If you’d like more information on the South March Highlands and what can be done, check out these links and video: