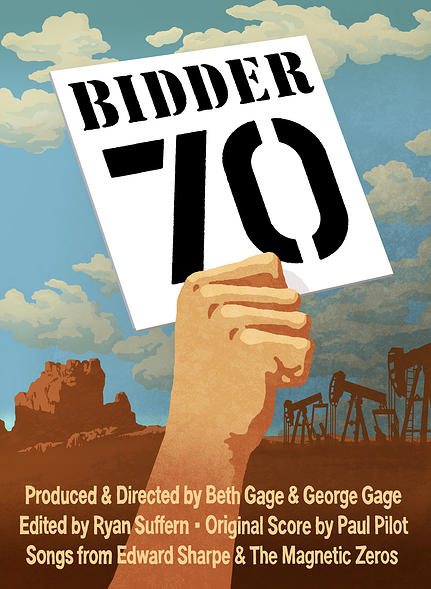 Behind the film’s unassuming title is a powerful documentary that tells of one person’s decision to step forward and do something about the environment.

Bidder 70 tells the story of Tim DeChristopher, an economics student in Utah who entered an oil and gas lease auction and as “bidder 70” outbid others to acquire lease rights on thousands of acres of land before the auction was stopped. Charged with federal felonies, DeChristopher co-founded Peaceful Uprising, a non-profit group dedicated to addressing the environment and climate change by supporting non-violent action. DeChristopher served a two-year sentence and was released earlier this year.

Bidder 70, which has won 20 film festival awards, is showing at the Mayfair Theatre on Thursday May 30, 2013 at 7:00 p.m. It’s a fundraiser for the Sierra Club and Peaceful Uprising.

From the Director’s Statement:

​…As bidder #70, DeChristopher bid 1.8 million dollars and saved 22,000 acres of pristine wilderness. No property was destroyed, no one was hurt, and valid concerns were raised over the entire BLM oil and gas leasing process. Bidder 70 was a story we wanted to tell….” – ​Beth & George Gage, Gage & Gage Productions